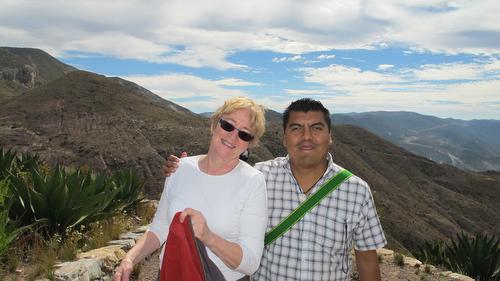 Last Year Alone, at least five opponents of Canadian mining projects were assassinated in Latin America: three in El Salvador, one in Guatemala, and one in Mexico. Critics of mining operations there and elsewhere were wounded and maimed in attacks while many, along with their family members, were threatened.

Canadian mining corporations were not necessarily directly responsible for the deaths and acts of intimidation and violence, but some of them were carried out by company security personnel and current or former employees. So it may be the case that the implicated companies are not legally liable, but alongside the local elites and states that license and promote extractive activities, they at the least bear a moral responsibility for creating the situations of conflict in which assassinations and other acts of violence take place. Most Canadians are not used to thinking of their investors as human rights violators or of Canada as a “bad neighbor.” Sadly, since the early 1990s and especially over the past decade, the activities of our miners are earning us that reputation. The corporations themselves, of course, argue that they are bringing much needed employment and even “sustainable development” to the poor regions where they operate. If they are doing this, it appears to be a form of development that many do not wish to see in their communities

A spectacular expansion of Canadian mining investment in Latin America has taken place over the last two decades, part of the general growth of our mining investment abroad. Today, almost 60 percent of all mining companies are listed on the Toronto Stock Exchange. Our miners are prominently visible all over the southern hemisphere, and their operations have provoked demonstrations in front of Canadian embassy buildings in various Latin American capitals.

For the first time in the diplomatic history of Canadian-Latin American relations, the Governor General was met last year in Mexico City with chants of “Canada go home.” This expansion of investment responded to the unprecedented high prices of minerals and therefore of profits, fueled by the rapid growth of demand in China especially, but also India, until the economic crisis hit in 2008. (Gold prices continued to increase even in the midst of crisis, as did conflicts associated with gold mining in which quite a few Canadian corporations are involved.) Profit levels were also raised by neoliberal export promotion policies and investment-friendly reforms of mining legislation sponsored by international banks and the development agencies of the central capitalist countries, Canada’s International Development Agency (CIDA) among them.

As for cash strapped Latin American governments, the dollars that can be earned from mineral exports look very attractive to just about all of them, right across the political spectrum from left to right. Beyond El Salvador, which recently suspended new mining projects, only some local governments – municipalities and provinces – have decided to reject outright the expansion of mining into their territories.

Many kinds of overlapping conflicts emerge around mining: environmental, social, economic, political, and even spiritual (in the case of burial grounds and mountains sacred to Indigenous peoples). They revolve, first of all, around issues of air, soil, and water contamination and their impacts on environmental and human health as well as agriculture, ranching, and other productive and employment generating activities. Conflicts also arise from water shortages, as rivers and wells tend to start drying up mining zones. Complaints have been provoked as well by the impacts of controlled explosions on nearby village houses and the destabilization of hillsides.

Social disorganization – manifested in increased alcoholism, drug use, prostitution, and violence against women – may also accompany the mining industry. To the extent that mining makes farming, ranching, and other economic enterprises non-viable, displacement and migration are other results.

These conflicts have involved a number of political evils: divisions between anti- and pro-mining groups in the communities where mines are located or proposed; repression associated with the utilization of private security companies and guards, even paramilitary organizations, to protect mining facilities; and the corruption of authorities at all levels of government – local, provincial, and national. (This is one of the complaints at the site of now shut down Blackfire Exploration in Chiapas, Mexico, where an environmental/ community activist was assassinated last year.) Some claim that mining has even led Ottawa to meddle in major political conflicts. In this regard, our government stands accused of supporting pro-mining interests in the 2009 coup in Honduras.

With regard to the environment, the release of heavy metals into the atmosphere and of many kinds of toxic “agents” into the soil and water of the communities adjacent to mines is an issue at just about all mining sites. The worst case scenarios include toxic spills (such as mercury) and the break up of tailings ponds, which can poison large areas of land and water. Instead of generating “sustainable development,” the environmental impacts of mining operations, in and of themselves, can destroy productive alternatives and reduce employment possibilities. In short, they can become deadly for nearby farming communities.

The political conflicts and related corruption that mining generates can also become deadly, as last year’s assassination count testifies. In order to get access to mineral rich land, which may be privately owned or in the possession of Indigenous groups, corporations will pay prices way over local market rates and offer inducements of various kinds (in other words, bribes) to members of local elites and politicians. Effectively, communities and even families may wind up divided and incapacitated, especially in remote areas where democratic traditions, educational levels, and organizational capacities are weak.

In countries with long histories of mining, members of local elites with mining properties of their own may be brought on board as minority shareholders. They then influence national government policies to favour foreign corporate interests or ensure in-action when communities at mining sites complain of abuse. The possibilities of corporate manipulation are all the more immense and dangerous in poor countries with weak states, corrupt judicial systems, recent experiences of civil war, and high levels of repression – so-called “low governance regimes” – El Salvador and Guatemala in Central America, and Colombia and Peru in South America prominently among them.

Catherine Coumans, a leading authority on corporate accountability abroad at Mining Watch Canada, tells us that current voluntary corporate social responsibility (CSR) codes “do not address the need for sanction and remedy, do not ensure respect for human rights, and do not support and promote community agency in protecting social, economic, and environmental values.” Community leaders do not seek CSR programs; they want effective state regulation and improved access to the legal system, she argues. On the other side of the debate, the response of Ascendant Copper/Copper Mesa to the suit lodged in 2009 against it by members of Ecuador’s Intag Valley communities echoes the general attitude of the mining sector: the company insists that its practices in the Intag Valley met the highest CSR ethical standards.

That is a dubious claim in light of filmed evidence of armed attacks by company-hired goons on local villagers, recorded in Malcolm Rogge’s documentary film, Under Rich Earth. While critics of the current state of affairs have sought government regulation of mining operations abroad, the Harper government has supported the corporate position holus bolus. It argues that voluntary codes are sufficient, that regulatory action by the Canadian state would damage the competitive position of Canadian corporations, and that it is the host (and not the home) country state of a mining corporation that has the legal responsibility to regulate, sanction, and ensure compensation. In reality, however, the weaknesses, high levels of corruption, and even racist biases of Latin American politicians and states, among other things, ensure effective impunity for corporate misbehavior.