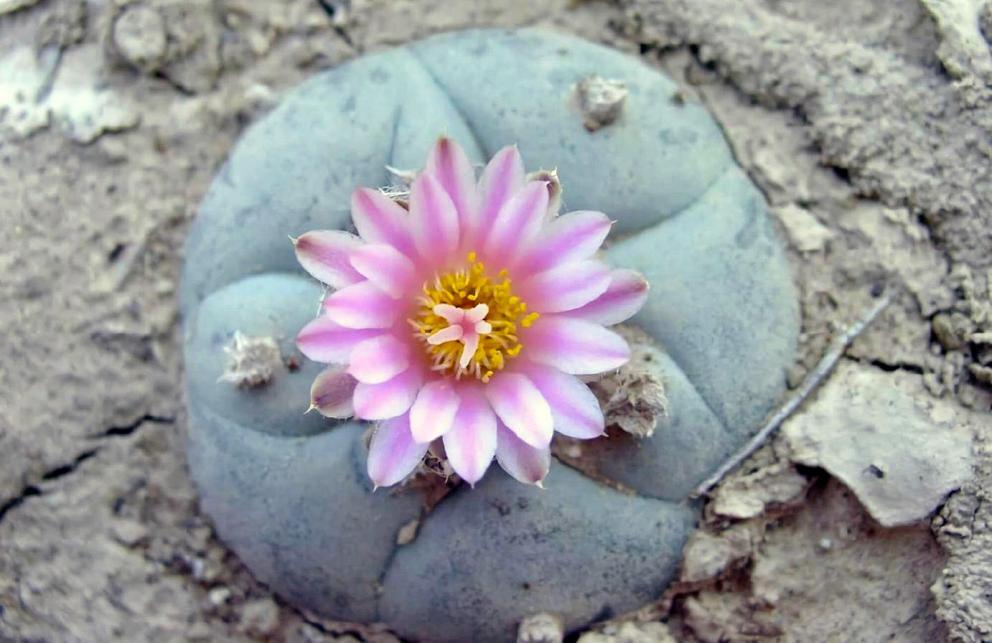 This article is a part of Medicine Stories, an exclusive series made possible by a grant from the Elna Vesara Ostern Fund. This is the second story in a series about the traditional medicine of the Wixárika (Huichol) Peoples of Western Mexico. See Part 1, Healing the planet, healing themselves: Wixárika medicine transcends the personal.

"We do not want to let them contaminate the sacred places; we want to leave something beautiful for our families, and for them to learn to keep the practice. It is our task that falls to all the communities of Nayarit, Durango, Jalisco. Let us raise and sow that sacred seed, and let our planet not end, so that all that is beautiful remains. Pamparius."
Mara’akame José Luis Ramírez “Urraumire”

When a Wixárika elder speaks of his culture, he starts at the beginning of time. He then takes you through a storied journey to the five directions — the five cardinal sacred sites to which his people have travelled since time immemorial. The Wixárika must cross half of Mexico’s vast expanse from desert to sea, in order to leave their offerings, gather the sacred waters and connect with the wisdom they need to live their lives. Each step on this journey and each stop at a sacred spring renews the essences of life and the reciprocal relationship between humankind and the more-than-human world.

Dig a little deeper and you will find that each of those five principal sites—and many sacred sites in between—now face numerous threats due to incursions from transnational mining corporations, hydroelectric dams, commercialization, narcotrafficking and conflicts within the communities themselves. It’s a symbolic geographical representation of the existential threat that these iconic and deeply spiritual people are confronted with in this modern age.

Compounding the situation is the troubling evidence that the medicine at the heart of the Wixárika cosmogony, Lophophora williamsii, peyote, or in their language, Hikuri, is rapidly disappearing. The cactus has come under unprecedented pressures in recent years, leading one researcher to predict its possible extinction in the wild within as little as a decade—if current trends continue.

“What will become of us when we go to Wirikuta and can no longer find the tutuu (peyote flower)?” – question from a participant in “Let’s Talk About Hikuri,” a series of dialogs organized by Pedro Nájera and Lisbeth Bonilla. (Antonio Moreno Talamantes, from Naturista.mx, some rights reserved – CC BY-NC)

Others believe the threat is exaggerated, and plays into the hands of those who want to prevent access to what is a lifesaving medicine for thousands by classifying it as a Class 1 controlled substance – thrusting the ancient cactus into the maelstrom of Mexican peyote politics. Unfortunately, very little controlled research is being done to determine the true status of the species; all concerned, however, agree that its extraction has seen an alarming increase and that its habitat is under rising pressure.

“I think it’s really important to try and understand how heartbreaking it is for so many of the elders… They often don’t say this in public but there is this sense of concern of what’s happening and what it could mean,” said Diana Negrín, a Guadalajara native, a researcher at the University of San Francisco and president of the board of the nonprofit Wixárika Research Center.

“Although this is an important plant for so many people, for the Wixárika people its disappearance is beyond tragic,” said Negrín. “It means an end to this whole web of life and practices.”
Large-scale threats

The Wixárika creation story begins with the first humans landing on the Pacific Coast of Mexico at a place they call Haramara, a sacred site where the Mexican government has ceded land to developers for a mass tourism complex. The Wixárika believe this project  has altered the hydrologic cycle of the region, causing it to dry up the springs connected to the watershed. The loss of their water supply has compelled indigenous communities of the area to turn to nearby contaminated rivers for their water needs, the Regional Wixárika Council has alleged in a formal complaint issued in February of this year against the government and the developers. The use of this water has led to the eventual death of at least 15 indigenous community members, including children.

Today’s Wixárika pilgrims follow – sometimes in pickup trucks, sometimes in buses, but always with long treks over the rugged landscape – in the footsteps of their ancestors on the trails that connect Haramara in the West to Wirikuta in the East, the sacred desert where their sun was born, and where they go to gather their medicine and seek guidance and orientation for their lives. That desert is under threats of its own  from transnational mining companies, large-scale industrial agriculture, peyote traffickers and now a hydroelectric dam project. Much of the protected natural area of Wirikuta has been concessioned to transnational and Mexican mining companies by the federal government, opening the way to an unthinkable desecration for the Wixárika people. A mass movement and court orders have held those mines in abeyance, but those restraining orders are working their way through the court system and could soon be overturned.

Each of the five cardinal directions has its own threatened site: Xapawiyemeta, the Island of the Scorpions in Lake Chapala, a heavily impacted lake whose water is piped into Guadalajara for that city’s use; the island itself has been thoroughly commercialized for tourism, with taco and beer stands within a stone’s throw of the xiriki, a house for the gods where pilgrims come to leave their offerings. To the north, Hauxa Manaka, Cerro Gordo in Durango is plagued by narcotraffickers, as is the homeland and the sacred Center.
Beyond the five principal sites, the Mexican landscape is dotted with literally thousands of other sacred areas, many of which are currently under threat.
“That’s another element that’s so difficult to negotiate, because Wixárika territoriality sacralizes our Earth in so many different places,” said Negrín. “And so when you see simultaneous development projects occurring across these different territories it becomes a really big challenge.”

For the Wixárika to follow their religious path and lead a successful and happy life, they are obligated to travel to each of these cardinal sites personally, at least once, and depending on their assigned position, perhaps many times. Failure to do so – no cumplir – is punishable by terrible misfortune.

Negrín recently participated in the International Congress on Sacred Plants in the Americas, held in February in Ajijic, Jalisco, and the heightened concern over the issue was evident. The sad irony was lost on no one: The increasing appreciation of the value of this medicine in healing the wounded human spirit and exploring the potential of human consciousness comes at a time when the plant itself as well as the culture are uniquely challenged.

“I think a lot of us who supported the movement for Wirikuta have had a hard time wanting to fully accept that unfortunately there has been a spike in the illegal extraction of peyote,” said Negrín. “Part of it is plain and simple trafficking; apparently there’s an increased consumption of powdered peyote in Spain; you can find it on the deep internet, in Thailand – so there’s been a shift, and it’s important to understand what that shift has meant and the increasing impact it’s having on the space of Wirikuta.”

One of the presenters at the conference was biologist Pedro Nájera, who did a four-to-five-year study monitoring 70 different sampling transects within the protected area of Wirikuta and other sites in the Chihuahua Desert. Tracking an alarming drop in the number of peyote buttons, Nájera’s study found that 50 of the 70 sites were severely impacted, with a 40 percent reduction in the number of cacti counted. Twenty of them, most of which were in the extremely remote harvest areas associated with Wixárika ceremonial sites, showed a slight growth in species. Nájera estimated that if current trends continue, the species could be driven to extinction within 10 to 15 years.

Nájera, a native of the state of San Luis Potosí who has conducted multiple studies of desert plants for state and federal agencies, began monitoring the hallucinogenic cactus of his own accord about seven years ago when he began noticing serious impacts on the species. In a recent interview, he shared his perspective that the decline in the species derives from “the anthropocentric vision we have towards things, because we view them in terms of the function of what benefits us, or makes us feel good… (that people) believe, in some very strange way, that the soul magnifies itself while driving a species to extinction.”

Among the misconceptions he identified to be driving that trend: Nobody is reforesting the species in Mexico, and even if they were, very few know how to do it correctly; most people who harvest the peyote believe that cutting only the buttons is enough to save the species; those who leave offerings for the plant leave items that have no value for the species, only for humans (e.g. coins, candles, feathers, stones); increased commercialization of the plant; recent trends that have made it “cool” to be a “peyotero.”

The cactus is extremely slow-growing, Nájera said, taking 10 years to reach reproductive maturity. Contrary to popular belief, cutting the largest fruiting body in a cluster of cactus makes it incapable of sexual reproduction; cloning is still possible but the plant becomes more vulnerable to predators and to frost, he said. He documented multiple instances of such damage to traditionally harvested cacti.

Others make no attempt to preserve the root, simply taking the entire plant. At one point, he saw a huge family of peyotes calculated to be 100 years old. The next year it was gone; only a huge crater was left.

Legalization, rise in popularity and the role of the Native American Church

Aukwe Sofia García, a young Wixárika leader who serves as a spokesperson for the Wixárika Regional Council, is deeply concerned about the decline of the species, and like many of her people, attributes the spike in extraction to people who do not have a cultural connection to the plant. For those people, they can turn to other types of medicines, she said; but for her people, the peyote is their sole connection to the Divine.

“There are those who say that it should be legalized but I think it should not be, because for us it is a deity, and that has to be totally respected as a millenary culture, because it will not be as sacred for others as it is for us. For us that deity is Kayumari, the Blue Deer,” she explained. “For my family, and for me, this situation is not easy to digest. We are concerned above all for the preservation of our culture, because it is a channel for communication with the deities, and to feel that the Hikuri could be extinguished, we could lose our culture for this extinction, and that future generations might not be able to realize the culture as it is, beyond other problems, this is the main concern. Because that is why we go to Wirikuta, to communicate with the Deities; then if that does not exist, how are we going to communicate with them? Even if songs are made, we will not have that vision of the sacred.”

To continue reading this article and to see the many photographs by Tracy Barnett that illustrate her article follow the link below...