Wixaritari from Santa Catarina march against SIOP, for failing to comply with 100% of the road work at "Paso del Oso" 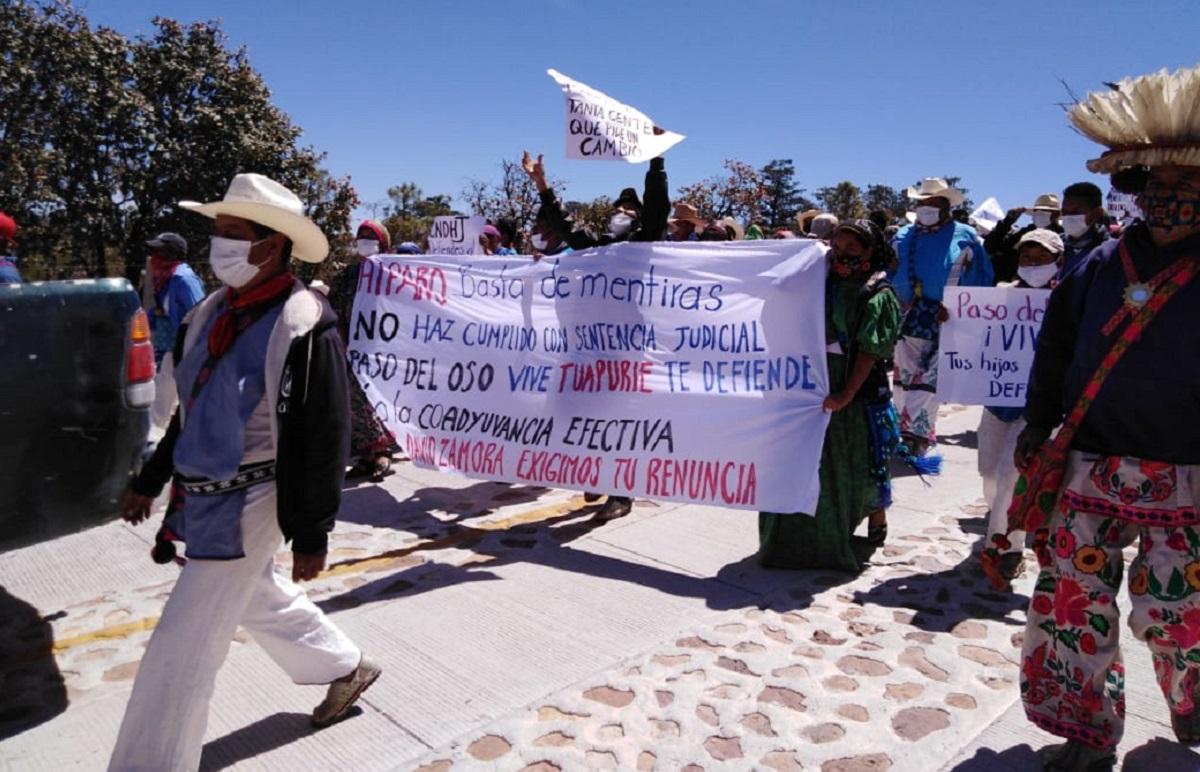 "Enough lies." "You haven't complied with the Court ruling on Paso del Oso," were some of the protesters' slogans.

In 2007, during the construction work of the Amatitán-Huejuquilla el Alto highway, the government of Jalisco buried the sacred site of the Wixárika people, known as "Paso del Oso", between Tenzompa and Santa Catarina Cuexcomatitlán. This happened at the beginning of the term of former governor Emilio González Márquez, who did not have the manifestation of environmental impact.

The previous administration, run by Aristotle Sandoval, attempted to re-manage the affectation and restored the sacred site. The Secretariat of Infrastructure and Public Works (SIOP) even consulted the population and made a garden path in a part of the 19.5 kilometers.

However, 14 years after the damage, inhabitants of the Wixárika community of Santa Catarina Cuexcomatitlán, municipality of Mezquitic, in the northern region of Jalisco, made a demonstration on the Tenzompa-Santa Catarina road.

The Wixaritari demand the resignations of Governor Enrique Alfaro and the Secretary of Infrastructure and Public Works, David Zamora Bueno, for not complying in full with the court ruling demanding the rescue of the sacred site "Paso del Oso" and the conclusion to 100% of the road.

"Enough lies." "You haven't upheald the Court ruling on Paso del Oso," were some of the protesters' slogans.

The judgment from the trial has been final since 14 May 2014, in favour of the Wixarika community.