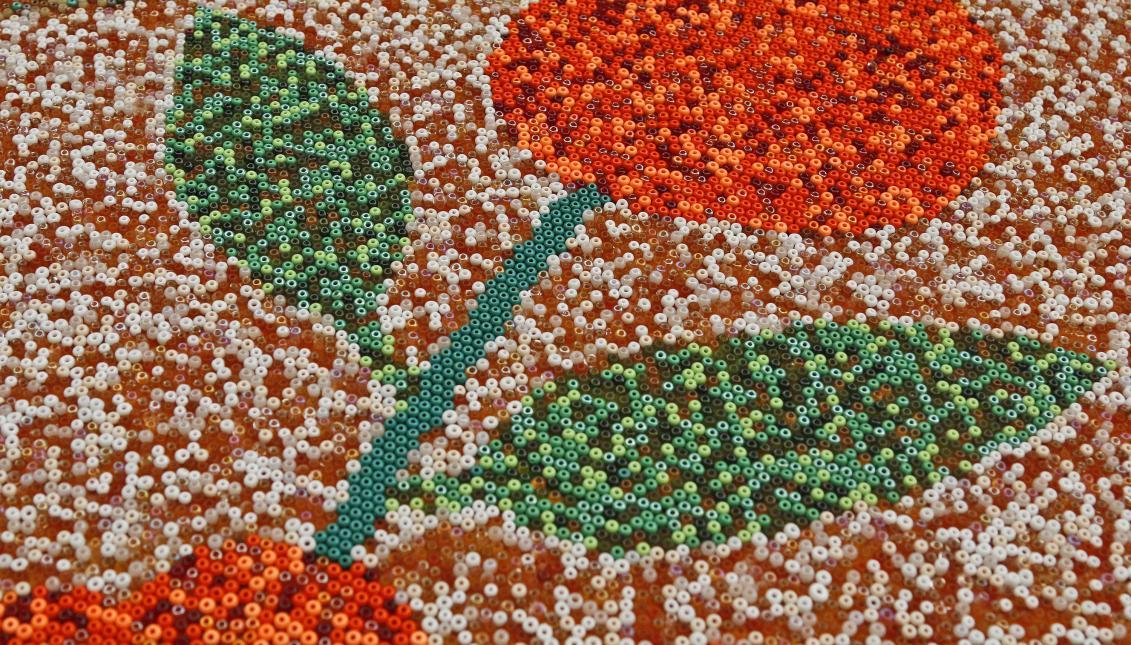 A group of 15 Wixáritari (or Huichol) people have been working around the clock during the last seven weeks to finish the 32 pieces of an 882-square foot mosaic that will weigh two tons.

Only two months ago, the Wixáritari people (better known as the Huichols) were blocking the roads and closing the schools and medical facilities of San Sebastián Teponahuaxtlán in the Western Sierra Madre, in Jalisco, Mexico, where they live. The protests lasted 50 days. They were demanding the national government enforce the judicial decision of the agrarians lawsuits they had won from the ranchers of Huajimics. Nearly 2,000 hectares of their ancestral lands had to be returned to them. The Huichols didn't even allow the recent presidential elections to be conducted in their territory, where more than 7,000 of these currently live.

Today a group of them are trying to break a Guinness World Record with their traditional craft by creating an 882-square-foot (81 square meters) mural of 32 assembled pieces with thousands of colorful beads.

According to EFE, 15 Wixárica have been working around the clock during the last seven weeks to finish the pieces of the mosaic that will weigh two tons. Maurilio Rentería Guzmán told the news agency that this is the first time a mosaic this size is being made and that the hardest part of the job was transferring the design to the plywood sheets that are the bases of each piece.

"It has all been quite a challenge for us. We thought about it for almost half a day to see how we would be able to accomplish that and it took us two days. We have had to put it together piece by piece like a jigsaw puzzle and then we had to thread the lines to match,"

Please follow the link below to continue reading this article: