CEDHJ warn about a group of men, looking for comuneros from Cuexcomatitlán 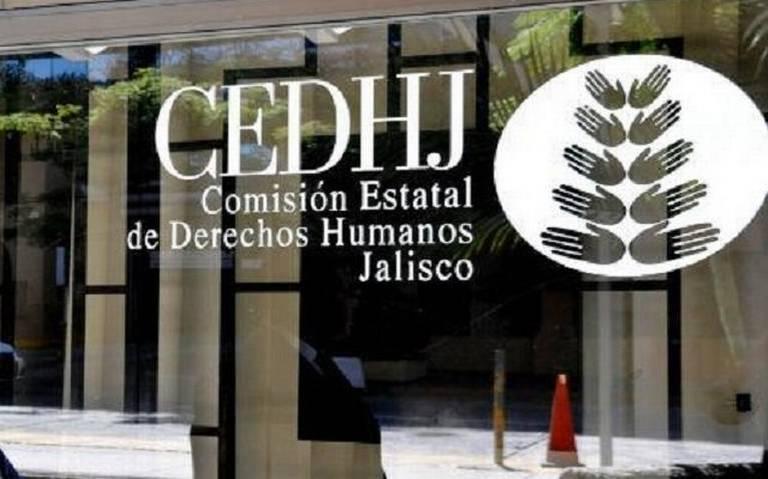 Call on all three levels of government to address the problem

The State Commission on Human Rights of Jalisco (CEDHJ) warned of problems of insecurity in the indigenous community of Santa Catarina Cuexcomatitlán, belonging to the municipality of Mezquitic, whose commissioner and three policemen were arrested for the enforced disappearance of the PRI pre-candidate. The community is now supposed to be guarded by state police, but residents accuse that it is null and void and instead in recent days detected the presence of a group of strange men who list in hand are looking for comuneros from the area.

As a result, the human rights defender has called on all three levels of government to address the problem.

This community belongs to the municipality of Mezquitic and in the face of problems with the Mezquitic police, it was assumed that the state police would come to monitor the area but the inhabitants say their presence is scarce.

The CEDHJ's observation declares "there has been a presence of  unknown persons from outside the community, apparently members of criminal groups, who have entered Santa Catarina to further explore their territory and investigate members of the community".

He adds, in the document that "recently in the location of Cajones, several of these people questioned children and adolescents asking them if they knew the people whose names were on the list, if they belonged to that community and asked them for information regarding their location. They also went on to inspect an airstrip."

The CEDHJ established that such a presence, and above all the attitudes, "sowed a climate of fear and concern for those living in that community, due to the lack of public security, which is provided in their community by the Secretariat of Public Security for the State since the end of February 2021, and is practically zero since they do not make rounds or maintain a presence in the area".

By the way, they report that "in the absence of security in the area, the doctor who attended the medical clinic in the town of Cajones left and this public health service was no longer provided even though at this time it is indispensable in the face of the coronavirus pandemic and the need for emergency care."

Based on articles 1, 2 and 4 of the Political Constitution of the United Mexican States, which talks about the full enjoyment of human rights for all Mexicans and the obligation of the state to prevent, investigate, sanction and remedy violations thereof; in addition to the Mexican government's obligations to the indigenous population and the recognition of the Mexican nation as multicultural.

It is requesting that "coordination mechanisms between federal, state and municipal public security authorities be strengthened immediately so that, within the framework of their respective competences and with a specific strategy, those who live and come to wixaritari communities are protected, as a matter of priority to Santa Catarina Cuexcomatitlán, municipality of Mezquitic, Jalisco, and guarantee their physical integrity and personal security , always with respect and harmony to its uses and customs".

In addition, that "timely, relevant and necessary actions are implemented to ensure the physical integrity, personal safety and protection to the health of persons living, working and attending the territory of the community of Santa Catarina Cuexcomatitlán" and "Immediately appoint medical personnel to provide emergency and specialized care in the health centres and homes within the community of Santa Catarina Cuexcomatitlán".

Finally "that in the clinics of the community of Santa Catarina Cuexcomatitlán have protective equipment as well as tools and other necessities, so that health personnel working in the community can carry out their work efficiently and safely, particularly in the care of possible cases of Covid-19 and emergencies".