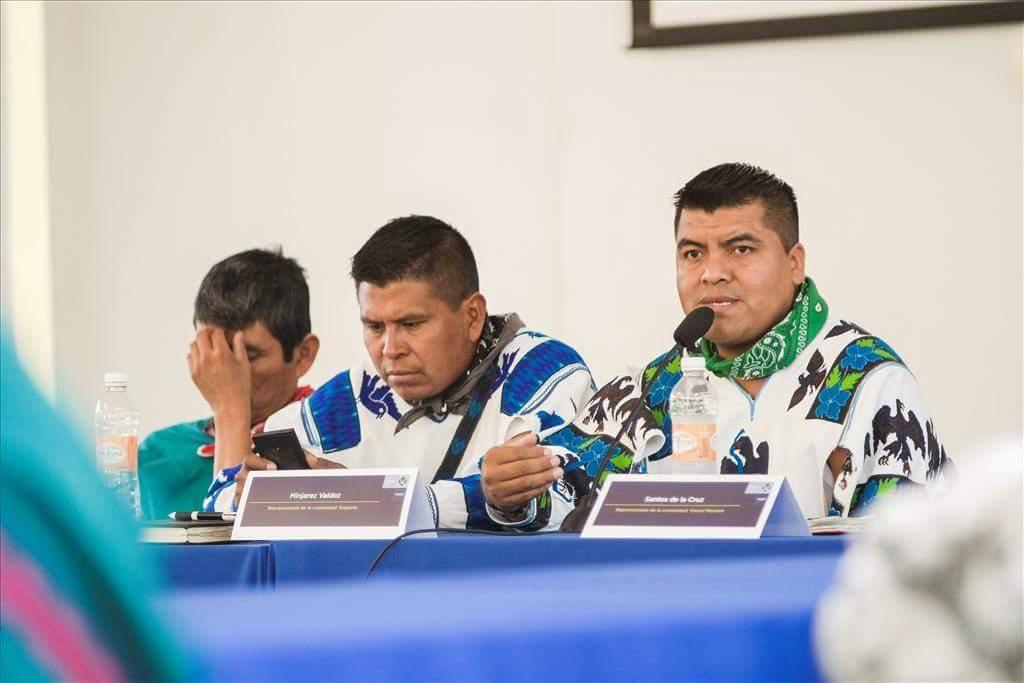 (IPS) – Some 200 Wixáritari or Huichol men, women and children travelled 20 hours from western Mexico to the capital to defend their sacred ceremonial sites from silver mining. Dressed in their colourful traditional attire, the demonstrators came from their mountain villages in the states of Jalisco, Nayarit and Durango to hold protests on Oct. 26 and 27 to demand a stop to the activities of foreign mining companies in the high desert of San Luis Potosí in the central state of that name. Wirikuta is a nature reserve considered sacred by the Wixáritari, who make an annual pilgrimage there by foot every year from their villages in the western states.

“The Mexican state is killing and stealing our sacred land,” he said. “They want to finish us off, kill our mother earth. We are here to ask them to live up to their word, to obey the laws.”
The Wixáritari are one of the few indigenous groups in this country who have largely preserved their prehispanic spiritual identity. They worship the gods of maize, eagles, deer and peyote, a spineless cactus (Lophophora williamsii) that has hallucinogenic properties when ingested.

Peyote doesn’t grow in the western Sierra Madre mountains where the Wixáritari live, but is abundant in Wirikuta.

The desert area, where the old mining town of Real de Catorce is located, was one of the main silver mining zones in the country during the Spanish colonial period.

Real de Catorce is now a popular tourist destination, drawing artists, hippies, university researchers, ecologists and actors alike – who have come together in the on-line social networking sites to defend Wirikuta.
“The most important thing at stake is what is happening in Wirikuta right now. We have to defend our land, defend our humanity,” Mexican actor Gael García Bernal wrote on Twitter while the Wixáritari protesters were on their way to the capital.

In April 2008, President Felipe Calderón, clad in a traditional Huichol outfit, oversaw the signing of the Huauxa Manaka pact by the governors of five states, for the preservation of Wixáritari culture.
But in 2009, the Calderón administration granted 22 mining concessions to the Canadian mining company First Majestic, through its subsidiary Real Bonanza.

Seventy percent of the 6,326 hectares granted in concession to the Canadian firm is in Wirikuta.