Juan Negrín: A Life of Service to the Huichol 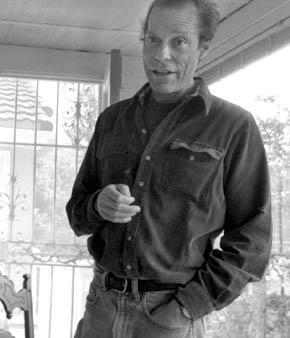 Juan Negrín was a top student at Yale in the late 1960s, but just before graduation he abandoned his studies to come to the Bay Area where a cultural revolution was in full swing. Negrín’s background is unusual. His grandfather was the Spanish President driven from power by Franco’s forces in 1939. His father married an American woman and Negrín was born in Mexico City. With an inherited bent for political action, Negrín was soon a participant in the Viet Nam protests in Berkeley and the volatile atmosphere of the 1960s. By 1970 Negrín had become discouraged by the spreading violence and drug use that had progressively altered the culture of protest. In a few short years, it had declined, as he put it, into “a sorry, directionless theater.”

In 1970 Negrín returned to Mexico to visit his father in Guadalajara. During his stay there, an exhibit of Huichol yarn paintings made such a deep impression on him it would change his life.
The following interview touches on aspects of Negrín’s odyssey, which continues to this day. Through learning the Huichol language, participation in religious and community rituals, including several peyote pilgrimages, and the establishment of deep friendships with respected shamans and other tribal members, Negrín acquired not only an intimate understanding of the Huichol way of life, but the deepest respect for their culture. Over a period of nearly forty years, Negrin and his wife Yvonne have devoted themselves to helping preserve the Huichol's ancient way of life while helping them function in the contemporary world of Mexico.
At the time of this interview, Negrin and his wife Yvonne, were devoting their time to the non-profit they founded Wixarika Research Center  to help spread news and information about the Huichol and their ongoing struggle to maintain their cultural integrity.

Richard Whittaker:   I wanted to understand a little more about your background. You were born in Mexico City? How long were you there?

Juan Negrín:  Less than two years. Then I went to the United States. My sister was born here, in New Jersey. Then, my mother and father went back to Mexico City. Around the time I was three our maternal grandmother took my sister and me and my mother back to the states. They put me into a preschool program in New Jersey and I began to echo certain American values. I was becoming more an American child than a Mexican child or a Spanish child. To avoid this, my grandfather took my sister and me from New Jersey and took us to Paris when I was four.

RW:  How long were you in Paris?