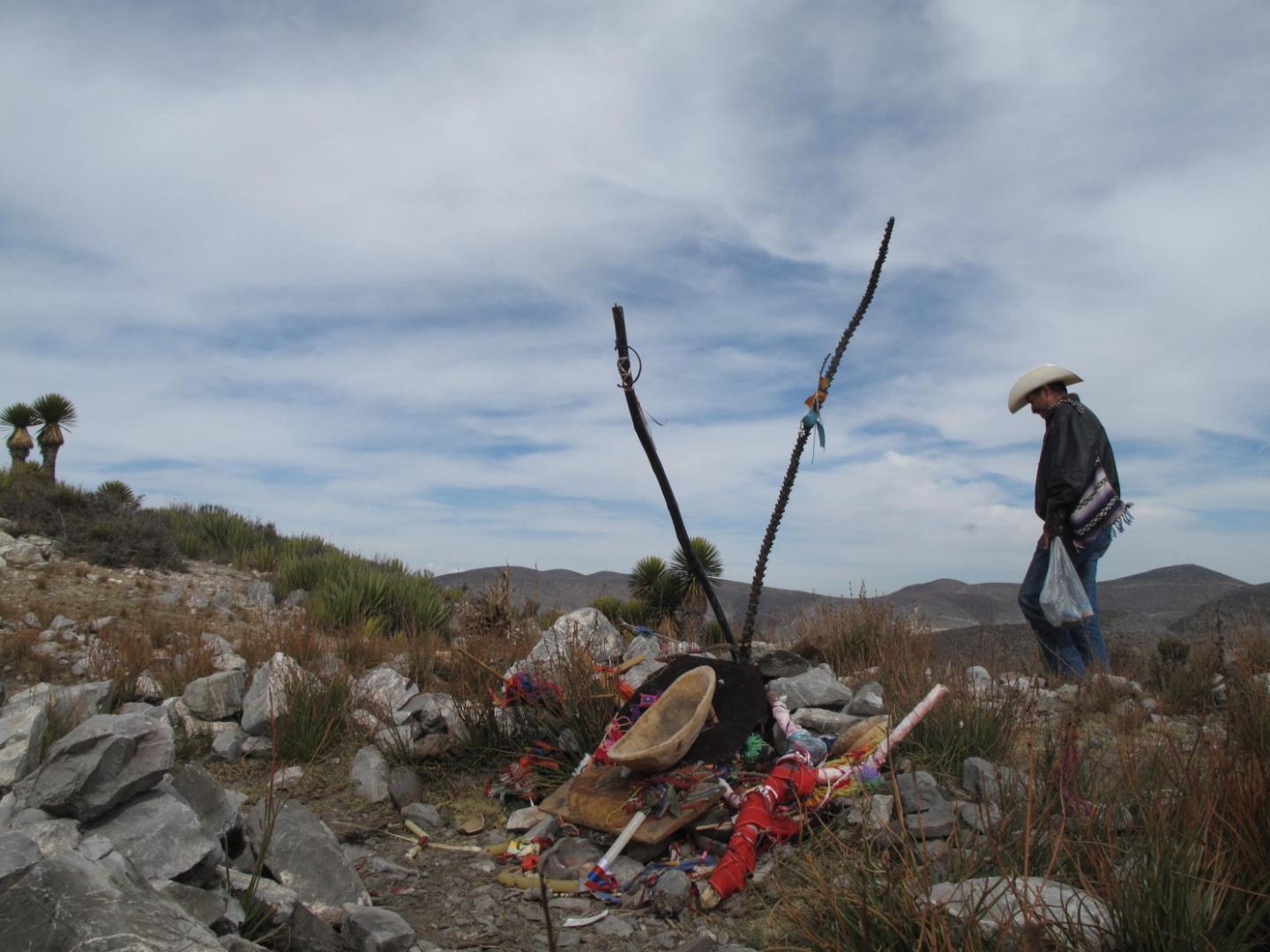 For the Huichol Indians, the desert mountains here are sacred, a cosmic portal with major mojo, where shamans collect the peyote that fuels the waking dreams that hold the universe together. For a Canadian mining company, these same hills look like a billion dollars worth of buried silver.

In a stark collision of cultures, the famously mystical Huichol are trying to stop a $100 million, 15-year mining project from starting this year.

Their struggle comes as indigenous people from Alaska to the Amazon are rallying to protect not just their environment but also their cultures from decay.
This raises a tough question: How do you protect a cosmic portal?

“For them the whole mountain is a temple, and the gold and silver below the ground are there for a reason — they contribute to the energy, and it would be best if they just left it alone,” said Eduardo Guzman, an activist and spokesman for the Huichol living in a hard-scrabble pueblo called Las Margaritas at the foot of the magic mountain.

Past Guzman’s ranch gate, a minivan loaded with Huichol, dressed in embroidered muslin tunics and straw hats dancing with colored balls and feather totems, bounced by on their way to a ceremony. The elders said they were too busy to talk and departed in a cloud of dust.

The Huichol had come from their village 150 miles away to hunt peyote — the hallucinogenic cactus they call “the blue deer.” The Huichol eat the peyote cactus raw or dried, producing auditory and visual hallucinations — pleasant or not — and sensations of introspection and deep insight.

“For the Huichol, peyote serves as the central sacrament of their rituals,” said Paul Liffman, an anthropologist at the Colegio de Michoacan, who has studied the group for years. It is not a party drug. “It is taken to illuminate the user, to light them from inside.”
Follow link to read more...