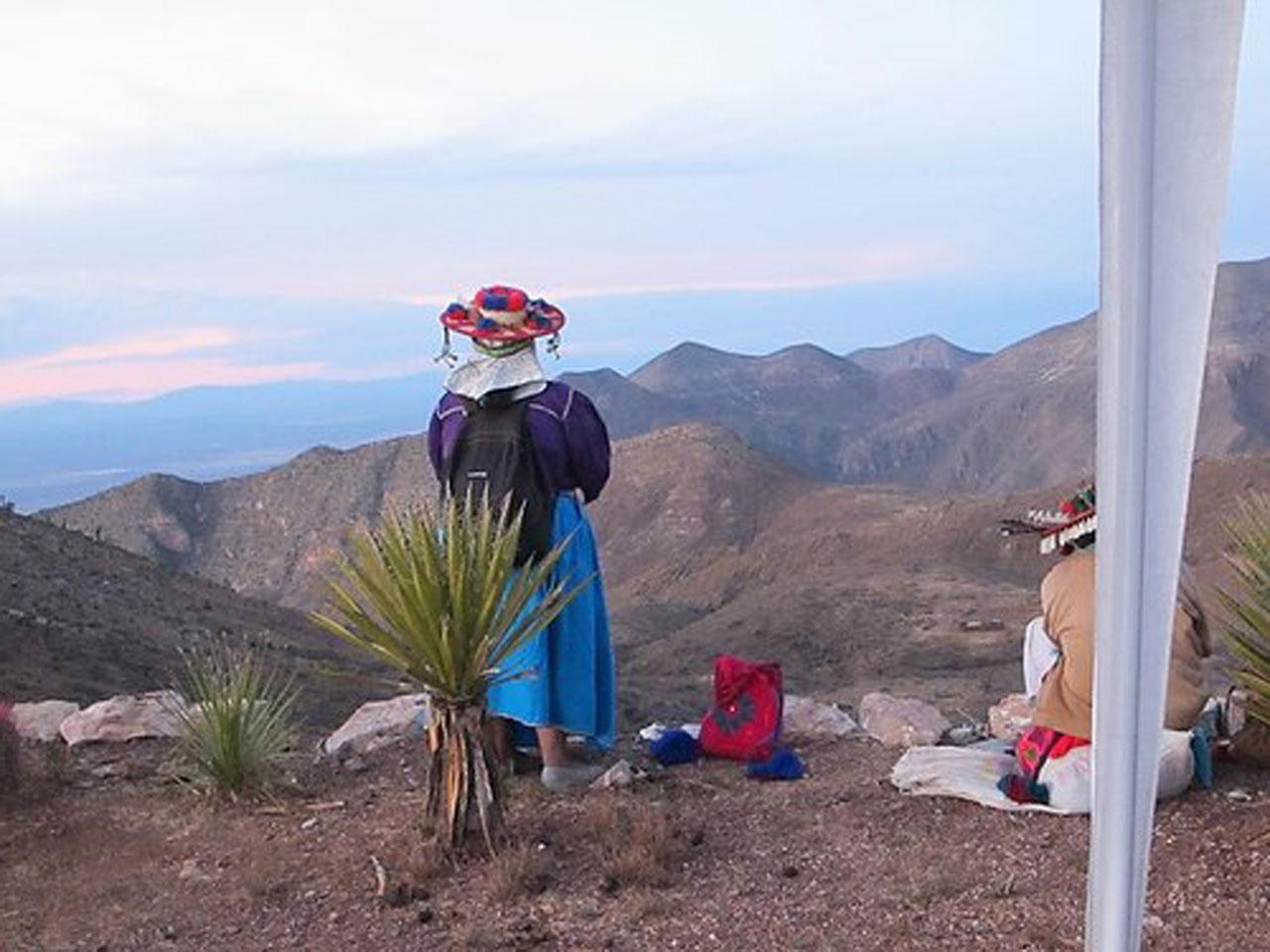 In a major victory, the judicial power of San Luis Potosí, Mexico has suspended mining concessions in the territory of Wirikuta, sacred to the Wixarika (Huichol) people. All of the mining projects proposed by the Universo and Maroma companies, which total 40 different concessions, have been suspended in their entirety. This adds to the 38 other concessions owned by mining project La Luz which were suspended in February of 2012.

No further concessions will be allowed until a judgment has been resolved regarding the concessions in the Wirikuta Nature Reserve.
This legal action, granted by the federal courts, halts all mining projects in the sacred Wirikuta territory, an area covering approximately 140,000 hectares, in the municipalities of Catorce, Charcas, Matehuala, Villa de Ramos, Villa de Guadalupe and Villa de la Paz in the Mexican state of San Luis Potosí.  Since it is a federal suspension, no entity of the government, whether it is municipal, state, or federal, can grant permissions for exploration nor exploitation for mining projects in the area, and in addition, the state is required to protect the area from other 3rd party actors who might violate the suspension.
This decision is a result of the Wixarika people’s appeal too the Judicial branch of the federal government demanding respect for the Indigenous Rights that the state of Mexico has promised to protect on the national and international level.

“For the the Wixarika people, the territory of Wirikta represents the place where the sun was born and where the essence of life may be found.  It is an indispensible to the cosmovision and cultural identity of the Wixarika people and for their subsistence and continuity as original peoples of Mexico.  The mining projects proposed put at risk the biodiversity, the ecosystem of the Chihuahuaense desert, the quality of ground water, as well as the health and quality of life of the campesino inhabitants of this sacred site,” explained the Wirikuta Defense Front in a press release.
Follow link to original article...