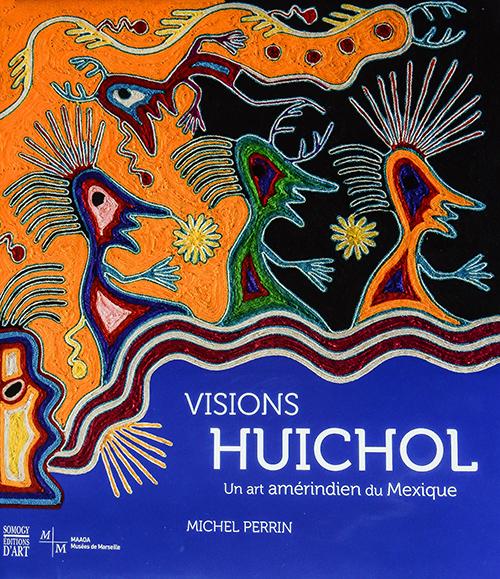 The Wixárika Research Center maintains an online world-class archive of Wixárika (Huichol) indigenous art and culture to educate the public about this unique and extraordinary culture. Through the foundation's Web site, we raise public awareness about the challenges these indigenous people are facing today due to their rapidly changing environment. It is our hope that the website will amplify their voices and add weight to their opinions and concerns. Our website, which is published in English and Spanish, gives the public free access to images of an extraordinary collection of their traditional, sacred, and contemporary art and publishes news on relevant current events. We also maintain a Facebook Group called “Huichol Cultural Survival” which now has nearly 3,000 members, including a large number of Wixárika members. Here we post news articles almost daily, videos, and short films of interest and our posts are commented on and shared by many members of our group, which in turn brings in more new members.

The work the Wixárika Research Center consists of preserving, in digital format, photographs, documents, tape recordings and images of sacred, traditional, and contemporary art, collected or photographed by Juan and Yvonne Negrin from 1970 to present. The paper archives being digitalized include copies of documents and news reports pertaining to past and present land disputes, the exploitation of the Wixárika people’s natural resources, and community documents and petitions drawn up at their general assemblies. Hundreds of color transparencies taken by Juan & Yvonne Negrin have been scanned in high resolution for preservation. These photographs are unique because the Wixárika communities rarely permitted cameras to be used to capture their way of life, their ceremonies, or their sacred spots by outsiders. An exception was made in the case of the Negríns because of their dedicated work in defending the land and resources of the Wixárika people and the non-profit nature of the work they carried out over several decades. This is an ongoing project expected to take substantial time to complete. The tape recordings consist of sacred chants, oral history as recounted by members of the council of elders, traditional music, community assemblies and interviews. The original recordings were made on magnetic cassettes and the digital conversion is necessary in order to preserve this important body of work.

As we closed our fiscal year (April 30, 2015), our solar engineer, Gerardo Ruiz Smith, was in the Western Sierra Madre community of Tuapurie putting the final touches on the new solar wood drying oven and running tests to make sure it functions properly. Once it has been run through all the tests, it will be covered with a heavy tarp for protection from hail and storms during the rainy season. The director of the Preparatoria Tamaatsi Páritsika (Autonomous Community High School) decided it would be best to carry out the training in the fall of 2015 when classes resume which seemed very reasonable to us. We will coordinate the dates for the training between the director of the school in the sierras and Dr. Raúl Rodriguez, the forestry engineer from the University of Guadalajara’s Institute of Wood, Cellulose, and Paper, to take place as soon as possible.

During the course of the 2014 – 2015 fiscal year, we completed the digitalization of all the audio cassettes of conversations, yarn painting explanations, and interviews between Juan Negrín and different Wixárika artists and mentors. Our next step will be to seek funding to cover the cost of having the audio cassettes of traditional music and sacred chants cleaned and digitalized in a professional studio to capture the highest quality sound possible.

Our Founder and Director, Juan Negrín, spent the majority of his time in the later part of 2014 working on various aspects of the upcoming exhibit to be held at the Musée d’Arts Africains, Océaniens, Amérindiens in Marseille, France, with the museum’s director documenting and preparing the transportation of the yarn paintings that will be loaned for the exhibit “Visions Huichol: Un art amérindien du Mexique”. Juan also continued working with Michel Perrin, a renowned anthropologist at the College of France in Paris, putting the final touches on the hard cover book to be published and presented at the inauguration of the above mentioned exhibit. The exhibit is scheduled to open in September 2014 and will highlight the beauty and importance of Wixárika art and culture and provide a forum to discuss their struggle to survive culturally.

Although Juan Negrín and his wife Yvonne Negrín were expected to attend the inauguration of the exhibit, and Juan was scheduled to give an audio visual presentation on the importance of the art and culture of the Wixárika people the evening following the opening, Juan was unexpectedly hospitalized on August 7th, 2014 due to status epilepsy and he and his wife were unable to attend. The treasurer of the Wixárika Research Center, Anthony Somkin, and his wife Carol attended in representation of the foundation. The exhibit was very well attended, beautifully installed, and the book “Visions Huichol” is a lovely tribute to the art of the Huichol (Wixárika). As our fiscal year closes, and after nine months, Juan remains hospitalized although he advises and guides Yvonne in their work for the foundation as best he can.

Finally, we cancelled two scheduled fund raising events, in August and September, where Juan Negrín was the scheduled speaker.

President of the Board of Directors, Diana Negrín:

Beginning the first of March 2015, Diana Negrín moved to Guadalajara, Mexico to begin a postdoctoral fellowship at the Center for the Investigation and Study of Social Anthropology. This presents an excellent opportunity for our foundation to become more closely involved with the Wixárika community of students and artists living in Guadalajara and Tepic. It will also allow for us to be more involved in the defense of the Wixárika sacred sites of Wirikuta, Haramara and the Rio San Pedro.

Throughout the year we continued to keep our public informed regarding the Wixárika peoples ongoing efforts to preserve their sacred pilgrimage destinations of Wirikuta and Haramara by regularly posting news articles and updates on our website and to our Facebook groups – Huichol Cultural Survival and Wixárika Research Center as well as coordinating with other individuals and NGO’s in the field. Our organization continues to be free of membership fees which allows access to all students, teachers, indigenous peoples, and all others who desire to learn more about the Wixárika culture, their art, and their struggle for cultural survival.