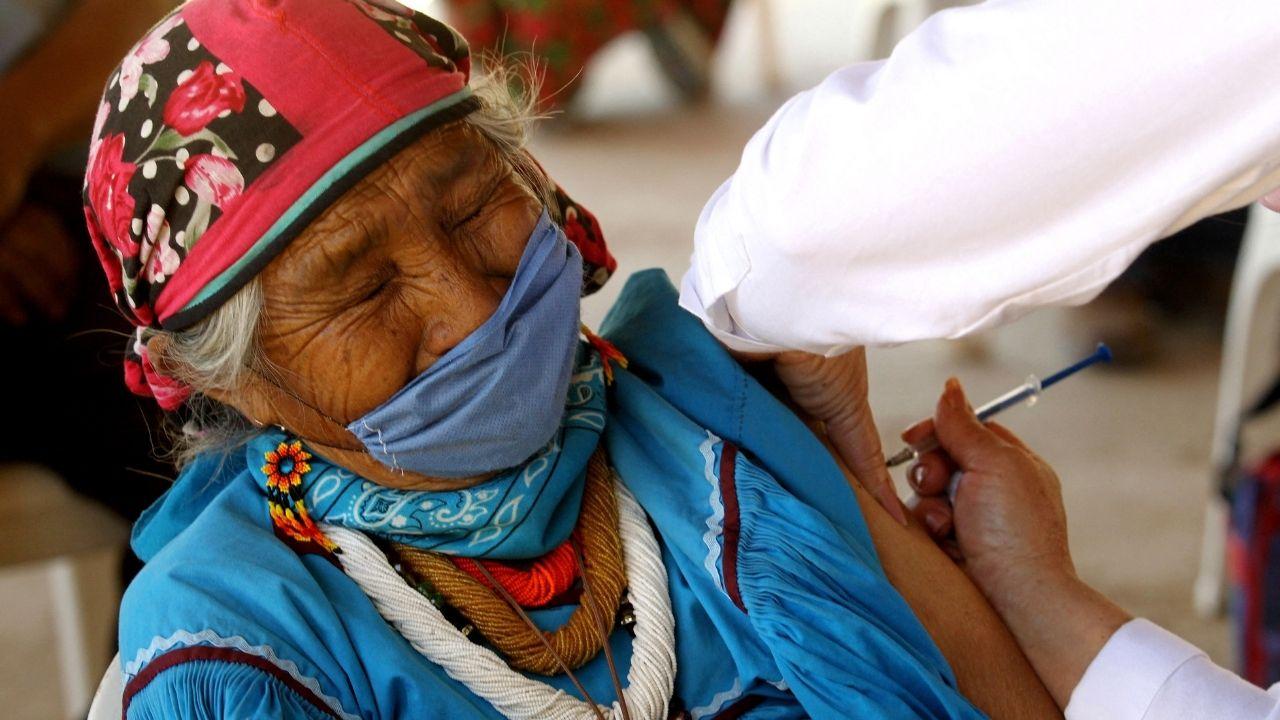 After walking for up to four hours from their ranches, besieged by drug traffickers, indigenous senior huicholes were vaccinated against covid-19 in Mezquitic, Jalisco.

A hundred members of this ethnic group, one of the most representative of the country for its culture, received on Friday the Chinese vaccine CanSino Biologics,which requires a single dose.

Most walked about four hours to the vaccination point of Nueva Colonia in the community of Santa Catarina in the municipality of Mezquitic, which is accessed by dirt trails.

Health brigades reached the village with the accompaniment of National Guard service members to launch the campaign in this area nestled in the Sierra Madre Occidental.

The inhabitants of the region live under the siege of cartels that dispute the control of routes for drug trafficking on the border of the states of Jalisco, Zacatecas and Durango, denounced authorities and villagers.

For these organizations, the area is key because it offers "many escape routes" to potential authorities operatives, said a local who asked not to disclose his name to the AFP.

The Jalisco Nueva Generación (CJNG) and Sinaloa cartels often place retainers on the access roads. "They ask you where you're going, where you come from (...) The simple fact of the interrogation, of seeing the weapons, is a very strong thing," he said.

According to an official balance updated on March 18, the pandemic had claimed the lives of 2 thousand 627 Indigenous Mexicans, especially between the ages of 60 and 74, among the 17 thousand 822 confirmed cases of coronavirus in the state.

Guillermo Islahuaca Alvarez, director of a section of the Jalisco Ministry of Health, noted that due to safety issues, such as assaults on medical personnel such as car theft, it had not been possible to send health personnel to the area since February.

"Colleagues are reintegrated today after two months of being out of their unit," the official said, stating that during that time he attended the Wixárika (huichol) people for emergencies.